31.07.2013. Romania wasn’t part of the original plan, it being a large country and technically, it isn’t part of the Balkans region. On noticing the political tension between Serbia and Kosovo, I scrapped the plan to cross the border south from Belgrade, instead deciding to take a big detour east to Romania and then through Bulgaria before heading toward the western coast. While there were some pleasant moments, the 6 days I spent in this country were largely slow and frustrating. Some travellers I met told me that it’s actually possible to leave Serbia to Kosovo as complications only arise from the other way round, thus making this trip all the more unnecessary.

I am writing this from a coffee place next to the train and bus station. I have arrived here at 10.30 am to catch a bus from Constanta, Romania to Varna, Bulgaria having understood that there are buses leaving at 12.20 pm from the website.

The bus station is chaotic. There are no central ticketing system as buses are operated by independent companies, and the only way to purchase tickets is to get them straight from the operators- i.e. mission impossible for a non-Romanian speaker like me. I located an information stand, and between my very slow pronunciation of ‘V-A-R-N-A’ and a piece of paper which he wrote the letters ‘10,00’ on, we came to the conclusion that the bus had already departed. It was with some luck another guy intervened, and together with some screenshots I saved on my iPhone, I was able to get a ticket for 55 RON (£11) departing at 2 pm. The bus will end at Istanbul, so I will need to pay attention to not miss my stop (though Istanbul probably isn’t a bad place to mistakenly end up in!).

3 hours to my bus, so I guess I can spend the time to update this blog. 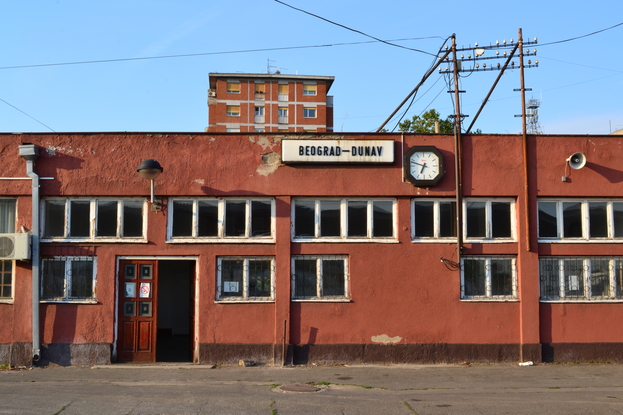 #1 Belgrade. For some strange reasons, the international train from Belgrade to Romania departed not from the main train station, but from this seemingly deserted station, which was extremely difficult to find (made worse when Belgrade’s streets are in Cyrillic, and my map in Latin alphabets). In attempting to locate this, I approached a bar lady who looked really cross at 9 in the morning. Not being able to speak English, she tried brushing me off as I walked toward her with my rucksack and map. Desperate, I made the sound of ‘toot toot toot!’, coupled with hand signal to represent smoke coming out from my head (why head, I have no idea). That was before she pointed me to the direction of a tiny passageway beside her bar, which led to the station. 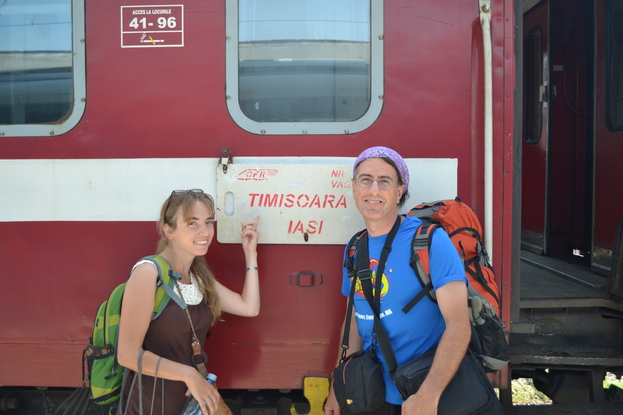 #2 Timisoara. I bid goodbye to Dickie and Corina, a nice American- Romanian couple whom I shared the Belgrade- Vrsac- Timisoara train journey with. Dickie warned me of Romanian Gypsies and feral dogs; and Corina explained to me the unexplainable fear some Romanians have of draft (like drafts of wind), 3 random facts which surprisingly served me very well in the 6 days I spent in this country. 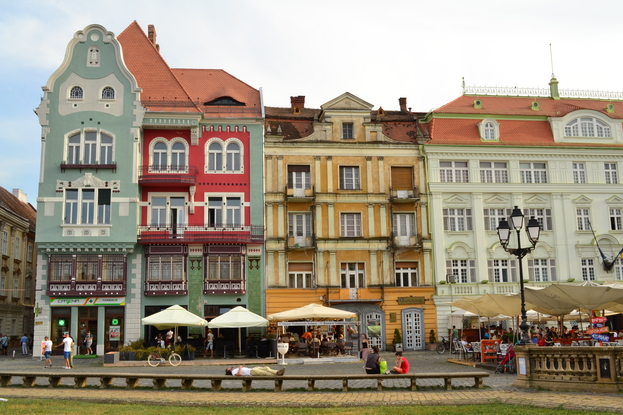 #3 Timisoara. By far my favourite place in Romania, Timisoara is an understated and beautiful city located in the western part of the country. I loved the vibe here- laid back, friendly and cosmopolitan. Had I only visited Timisoara and left the country, my overall impression of Romania would have been far better. 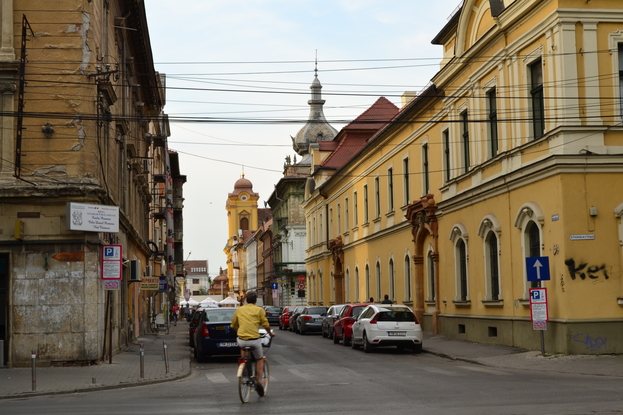 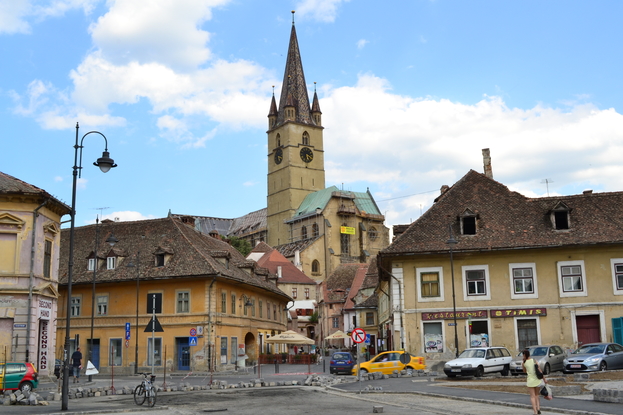 #5 Sibiu. Romania’s trains must be some of the slowest in the world. Distance between Timisoara and Sibiu is approximately 200 km, but the journey took 7 hours. I glanced out of the moving train and spot heavy trucks nonchalantly past us by and some bicycles appearing to be travelling at the same speed. Sibiu itself is quite pleasant, with a very strong German heritage which was illustrated in its many beautiful medieval buildings. 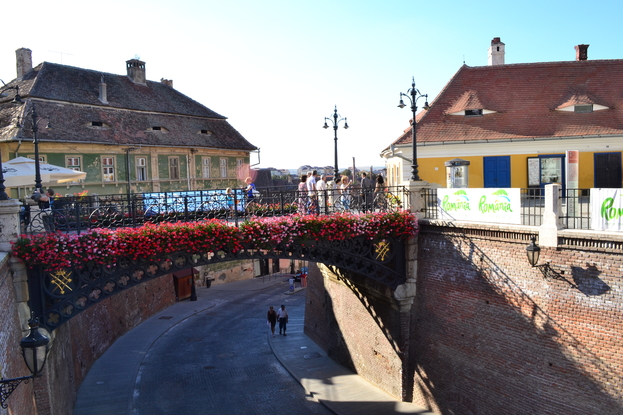 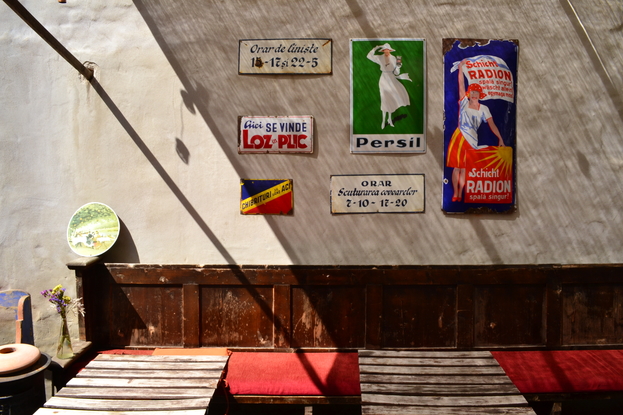 #7 Sibiu. I stayed at this excellent hostel run by this Irish- Romanian couple. Setting is unpretentious- a rare trait of ‘top rated hostels’ these days. They have a son who spoke English with a curious American accent. Besides a Dutch guy and myself, the entire hostel was packed with Germans, turning it into little Germany with lots of booze and smoke. 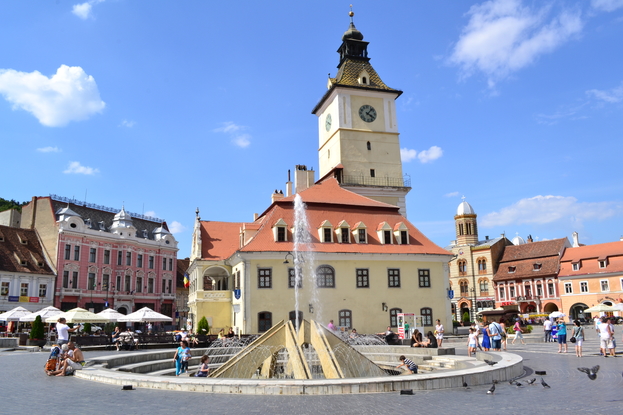 #8 Brasov. Tick box travel. Brasov is probably one of Romania’s top attraction, it being the birth place of Dracula. I was adamant about not going to Bucharest, Romania’s capital city and therefore needed to connect here to continue my journey east. Overall a nice city but quite forgettable. There were some nice castles to visit which may be increased my experience, but I didn’t care for castles. 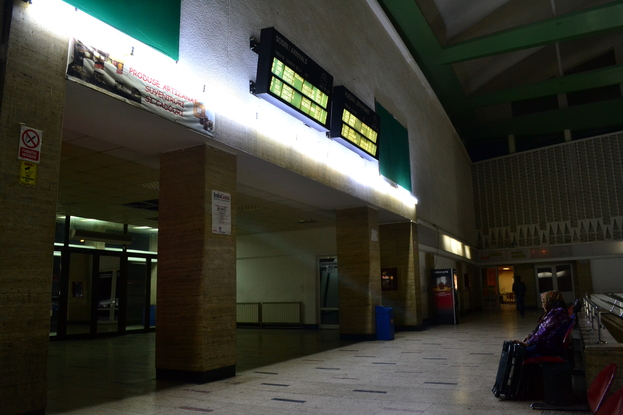 #9 Brasov. To save cost and time, I decided to take an overnight train to Constanta; which as it turned out, the whole of Brasov seemed to have the same idea. The train departed at 1 am, which meant I had to wait around the station for about 3 hours. It was like a game of cat and mouse, as when every time a group of Gypsies gather to a size which I didn’t feel safe, I found myself another seat away from them. Police will arrive periodically to chase them away, but the process will repeat itself. It was all rather amusing. 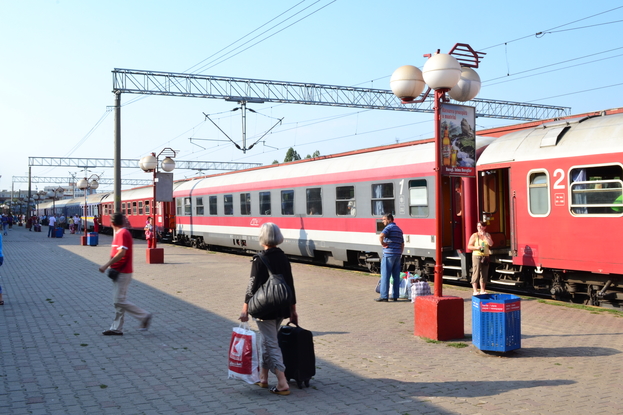 #10 Constanta. After an extremely uncomfortable 7 hour train ride (to my horror, it was not a sleeper train, and the light was on for the entire journey with opposite facing seats and therefore no leg space), I arrived at Constanta, a sea side tourist resort, but only for the Romanians i.e. no presence of the international variety. I wanted to see the Black Sea from the Romanian coast and this is the easiest place to get into. Arriving with tired eyes (I slept surprisingly well), my first experience with Constanta was of a near pick-pocket incident. As I approached the back doors of the bus to the beach, a guy suddenly hopped in front of me blocking my way. When attempting to navigate past him, I sensed another pair of hands reaching my pocket, which I brushed away quickly. I failed to spot the man, as I would have loved to show him the finger when the bus departed. 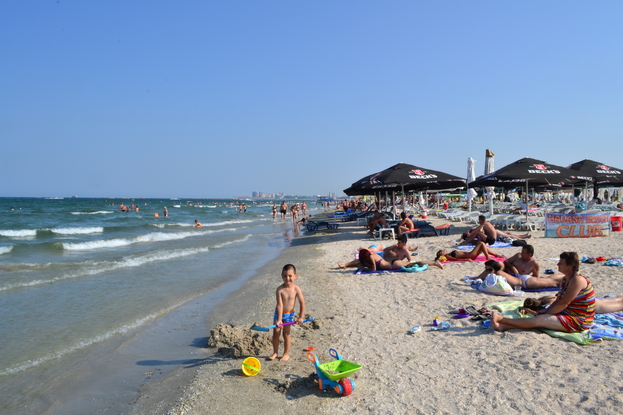 #11 Constanta. One has not seen a crowded beach until one sees Constanta. The black sea is dirty and few people swim in it, and come to think of it, its name is probably quite apt. The coast is 8 km long, the vastness of it I came to realise after jogging along it for almost an hour and not seeing its end. It was great to do absolutely nothing for 2 full days besides lying on the beach before returning to the unknown (and at times, stressful) lifestyle of a solo traveller!